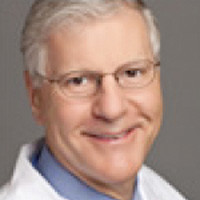 Dr. Stephen Schendel graduated from the University of Minnesota Dental School in 1973. From there he went to the Parkland Memorial Hospital in Dallas to complete a residency program. Between 1979 and 1980 Dr. Schendel studied in France as a Fulbright Fellow at the University of Nantes. The emphasis of this study was cleft lip & palate surgery and dentofacial orthopedics, both under the tutelage of Dr. Jean Delaire.

Work History
He spent 1987 to 1988 as an assistant to Dr. Paul Tessier in Paris, France. Dr. Schendel is Professor of Surgery Emeritus at Stanford University Medical Center and Lucile Packard Children’s Hospital.
Achievements and Milestones:

Publications
He has published over 100 articles and chapters including a textbook on maxillofacial surgery.